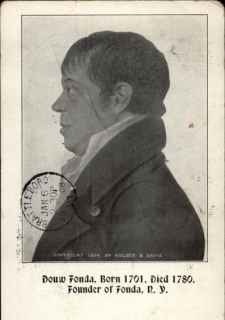 On Saturday, October 2nd, 2021, we received a visit from the descendants of our Founder, Dowe Fonda. 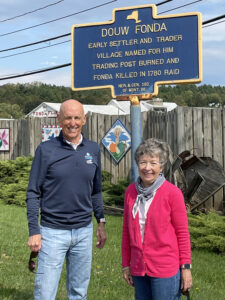 Garrett and Judy Fonda, greeted by Mayor Peeler, Deputy Mayor & Trustee Tim Healy (Ellen), and Village Historian Beverly Guiffre, stopped by to say hello and tour our little Village along the Mohawk Valley. Garrett is a grandson to Douw Fonda, five times removed. Garrett’s Grandfather moved from the VIllage of Fonda to Omaha, Nebraska, currently residing in Avon, Colorado; they were visiting the East Coast when they stopped by for their visit. The Fonda’s are now making a book where they plan to display details of their stop in Fonda prominently.

It was a great pleasure meeting Garrett and Judy and joining the tour of the Village with Bev and Tim.

Founder Douw Fonda considered the founder of the Village, known initially as Caughnawaga, settled in Fonda in about 1750. The Village itself extended from the old stone church and parsonage to Douw Fonda’s trading post near the river within the circle of the present race track. He also founded the Fonda family – a branch of which is still in possession and residence of the original eighty-four and one-half acres willed by Douw to his descendants.

The east end of the Village is still to this day, often referred to as Caughnawaga. Its name in the Iroquois language is “Kahnawake” and means “above the rapids.” One of Douw Fonda’s three sons, Jelles(or Giles), born in 1727, was an extensive landholder and trader in the Village. During the Revolutionary War, he served as a major in the Tryon County Militia. His home was burned with others during the raid on Caughnawaga.

A local heroine, Margaret (Peggy) Wemple, the daughter of Douw Fonda, milled flour for Washington’s army and frontier forts. Her home was built in about 1780 and survived the rigors of time until a few years ago when it was torn down and replaced with a modular home on Putman Avenue. 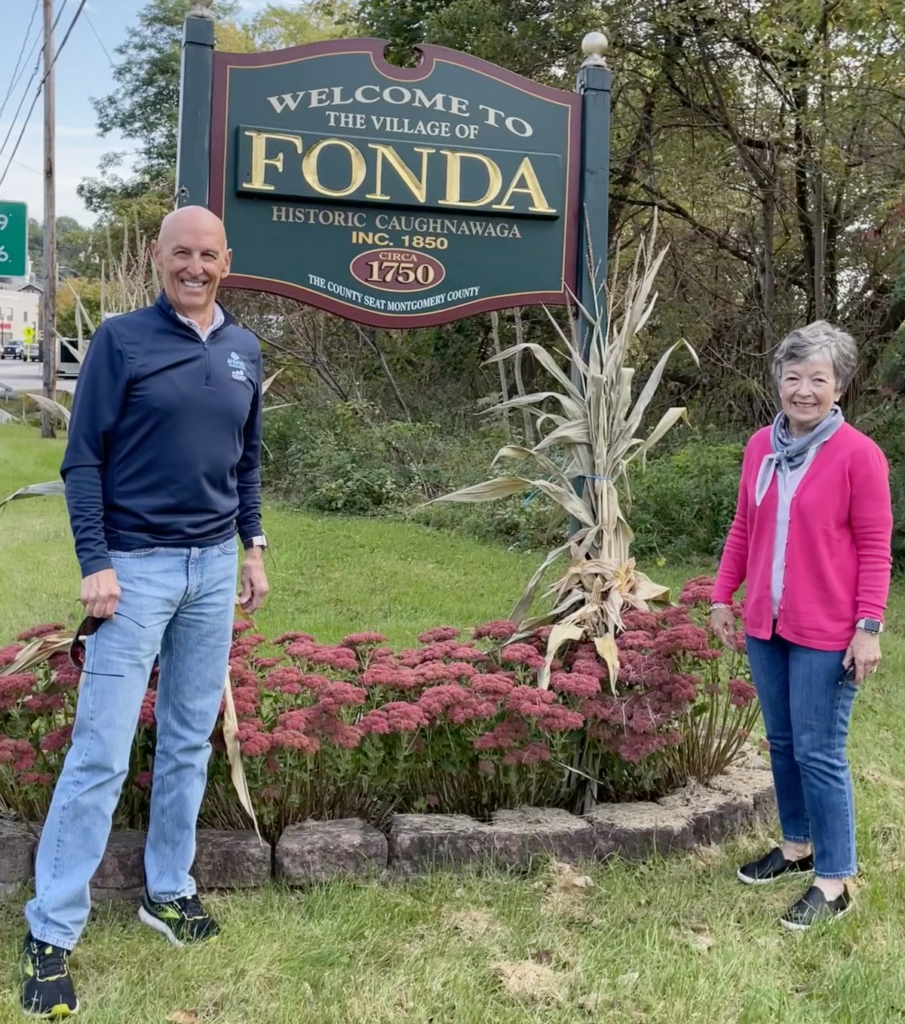 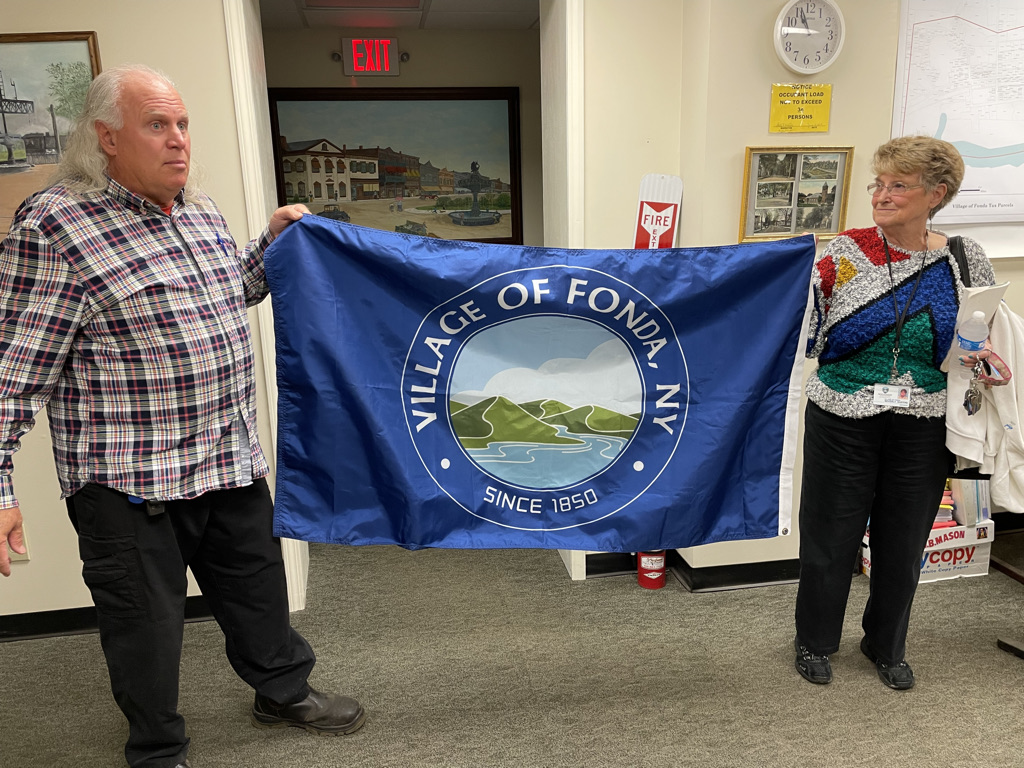